OceanGate’s Titan sub passes initial tests, gets set for Bahamas – then the Titanic 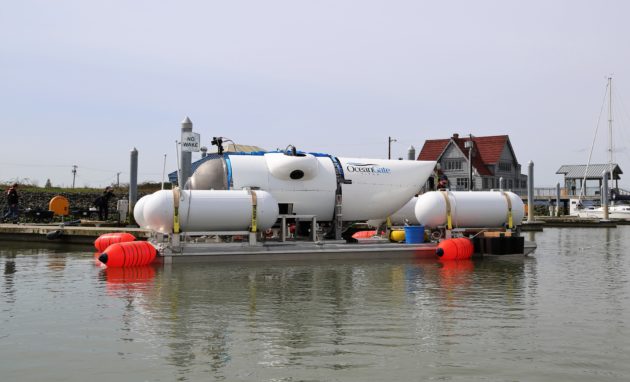 OceanGate has finished putting its Titan submersible through its first round of shallow-water tests in Puget Sound, and is packing it up for deep-water tests in the Bahamas. Then it’s off to the Titanic.

The OceanGate team custom-designed the 22-foot-long craft to take up to five people to a depth of 13,000 feet, with the objective of studying one of the world’s most famous shipwrecks starting in June.

Construction was completed in January, and for the past several weeks, the company has been taking Titan out from its homebase marina in Everett, Wash., for dives of up to 100 feet.

Titan brings together an array of high-tech innovations — including a carbon-composite hull, a video-game-style steering system and a complex array of computerized controls.

“We’re not challenging the hull,” Rush explained. “What we have to do before we go to the Bahamas and those deeper depths is make sure all the other systems are working.” 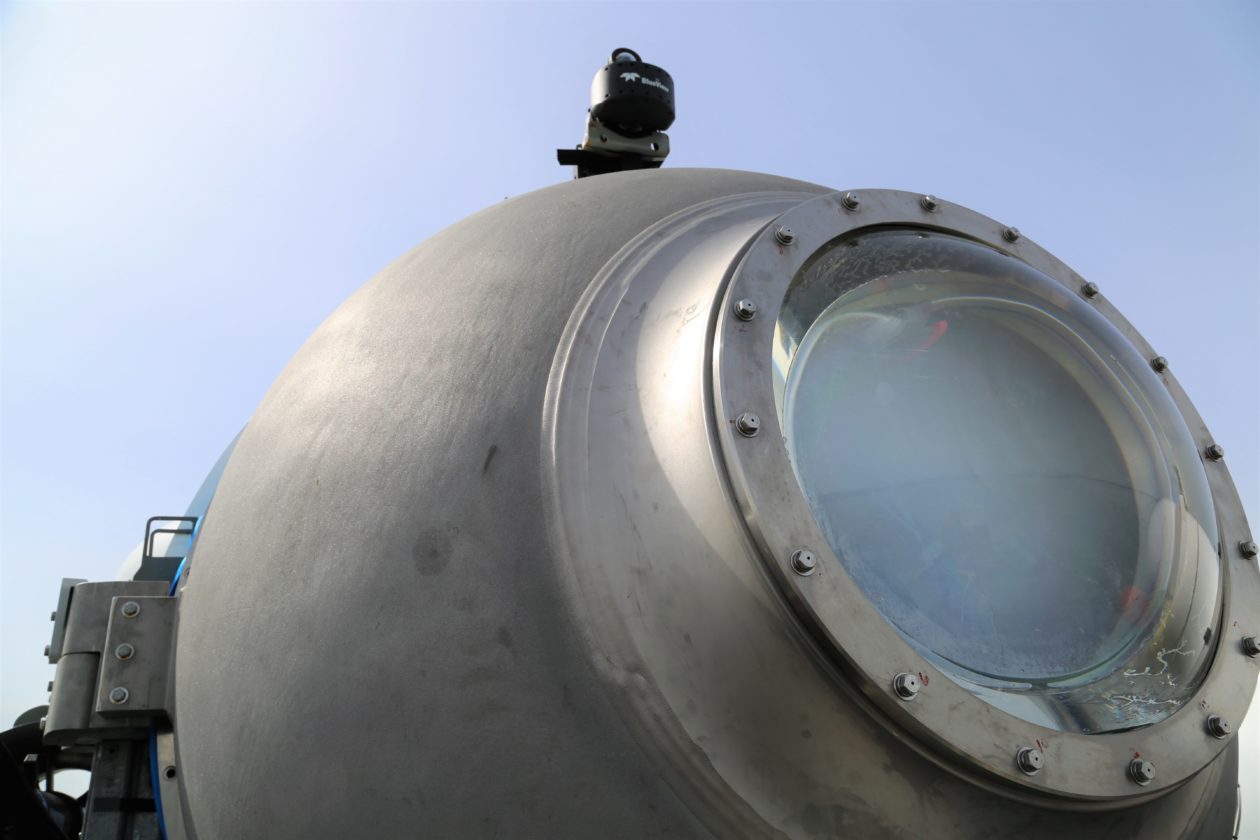 OceanGate’s Titan submersible has a titanium dome and a viewport that’s built to withstand the crushing pressure at the bottom of the Atlantic. (OceanGate Photo) 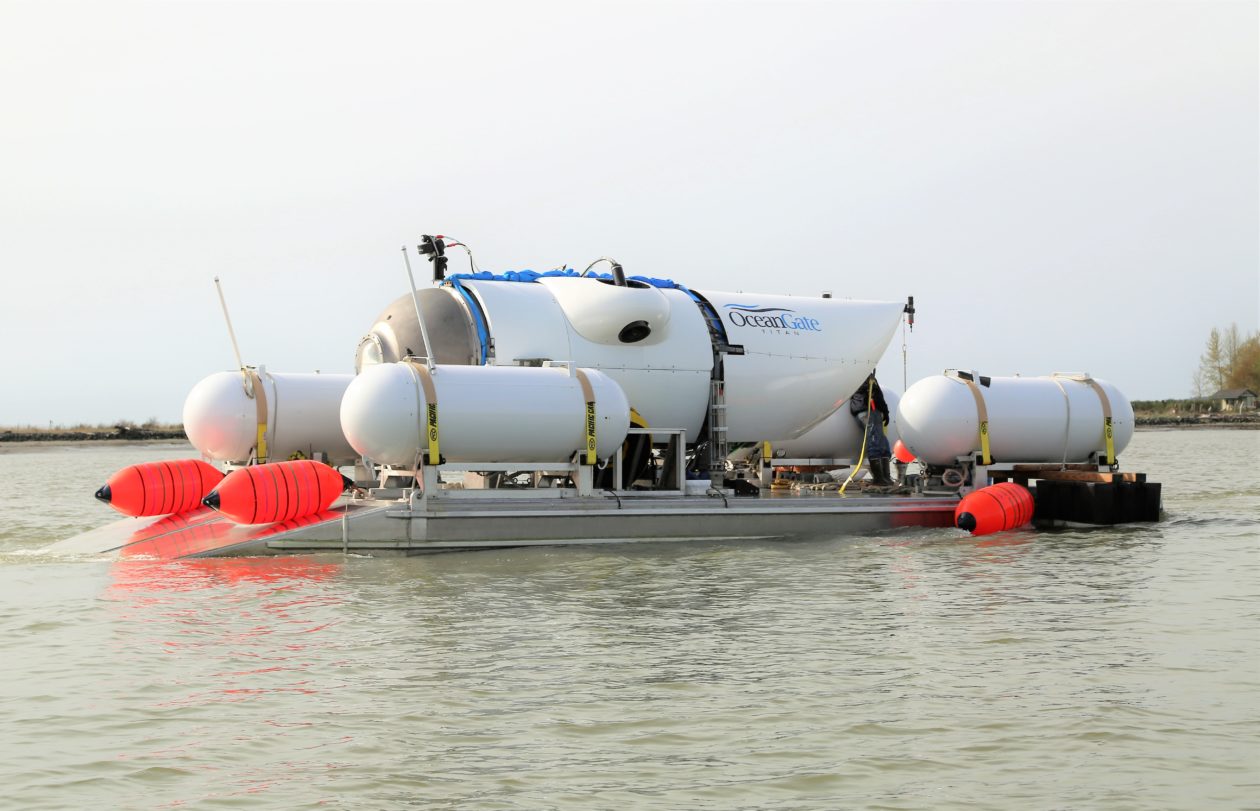 Titan heads back to Everett’s marina after a successful test dive. (OceanGate Photo) 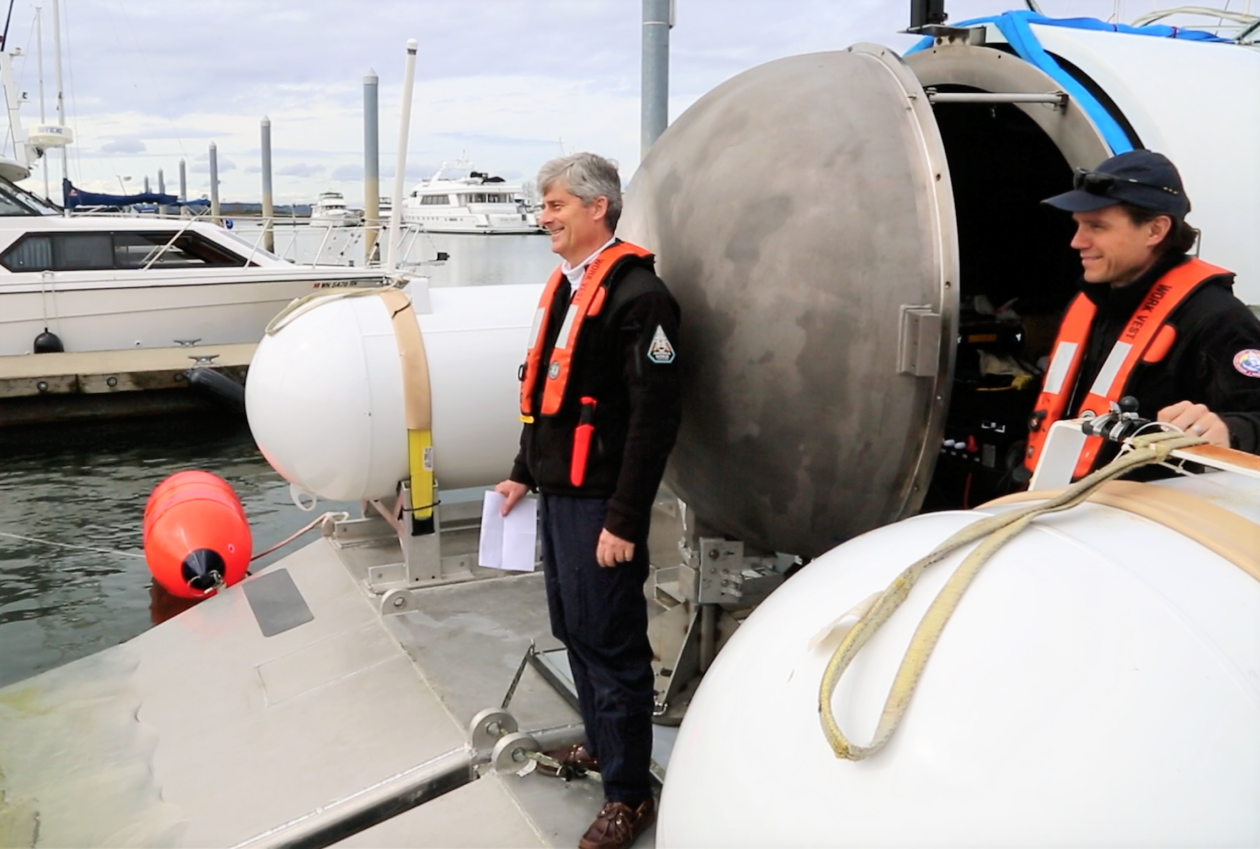 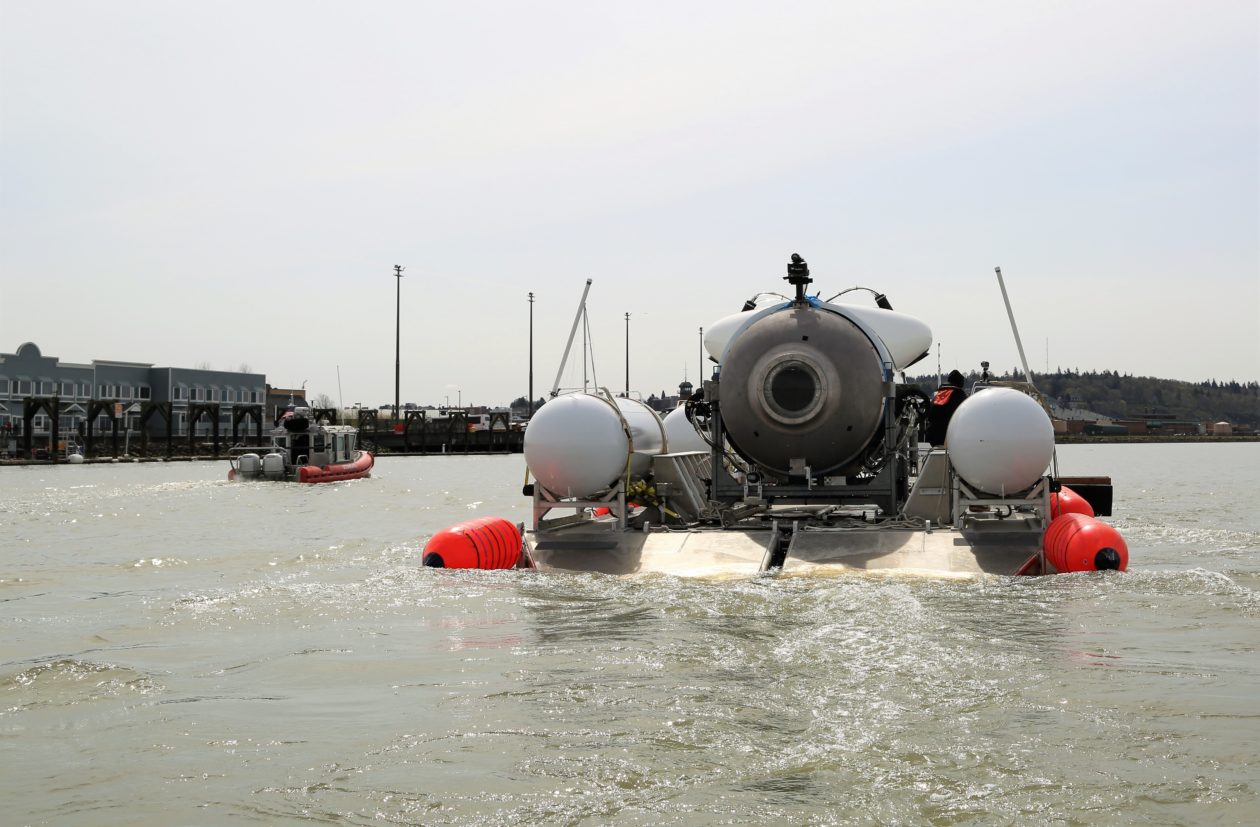 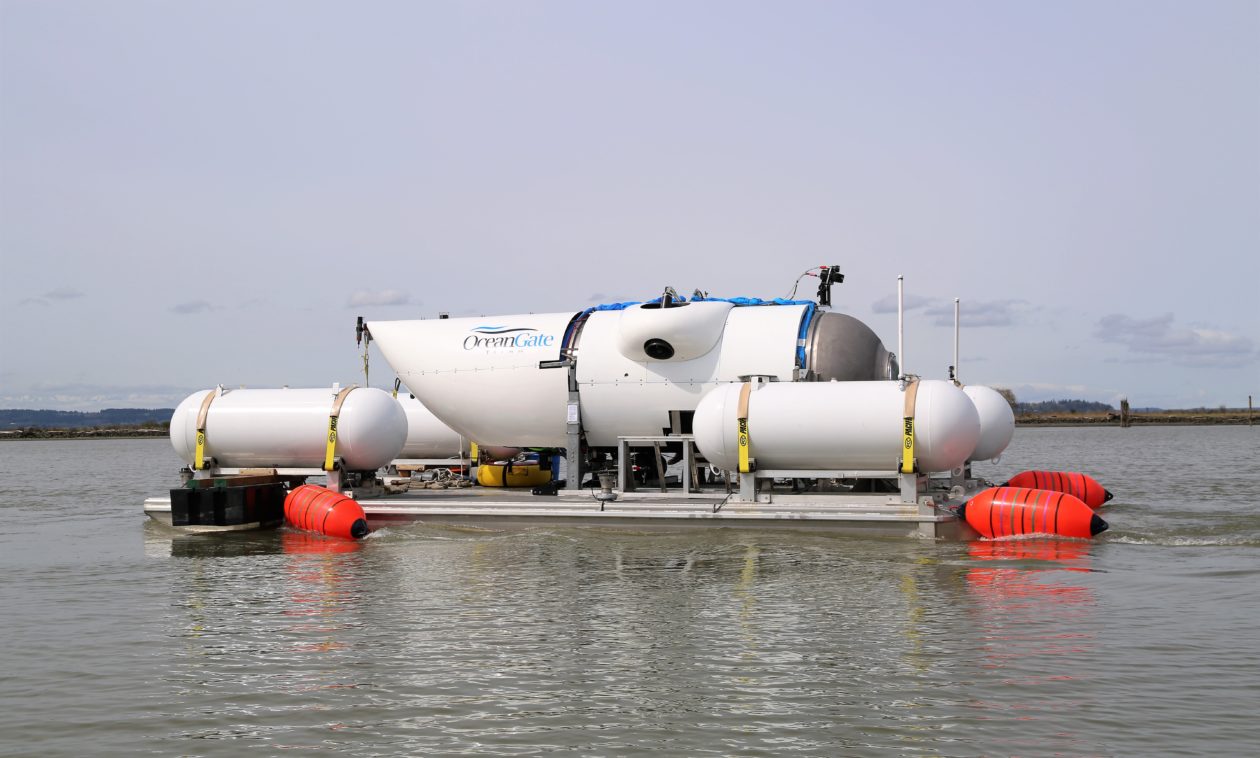 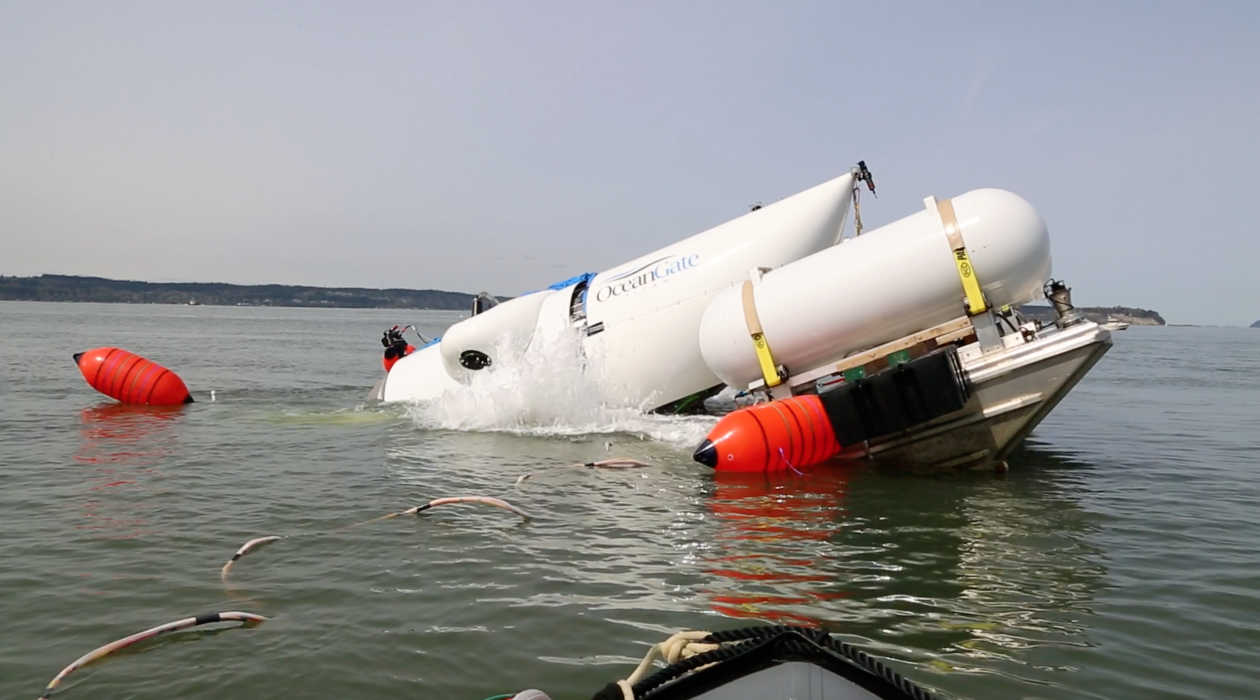 Rush said syncing up all of Titan’s electronics — including its GPS navigation system, inertial measurement system, four computers, onboard sensors and a Wi-Fi network — took more time than he expected. But those issues have now been resolved.

By Thursday, the team is due to finish packing up the submersible, its mobile platform, a support vessel and other gear onto three trucks for the overland trip to Florida. Meanwhile, a ship is being readied to ferry OceanGate’s equipment from Fort Lauderdale to Marsh Harbour in the Bahamas.

OceanGate plans to test Titan at Titanic-level depths for several weeks in the Bahamas. Once those deep-water tests are complete, a supply ship called the Island Pride will pick up all the equipment and sail to a spot off the coast of Newfoundland in the North Atlantic.

That spot will serve as the jumping-off point for a series of dives to the Titanic’s gravesite. Researchers will document what’s been happening to the wreck, which sank back in 1912 and was found in 1985. Each crew will also include mission specialists who have paid more than $100,000 to be in on the adventure.

The schedule calls for Titan to visit the site repeatedly over the course of six or seven weeks this summer, capturing 3-D imagery and other data. Another round of dives has already been scheduled for next year.

There’s a chance that the schedule will have to be adjusted, based on the results of the tests in the Bahamas. But Rush said the paying passengers are taking that possibility in stride.

“Half of our mission specialists are also Virgin Galactic ‘Future Astronauts,’ so they’re used to the possibility of technical delays,” he said. “If the team’s got to delay a year, so be it.”

Rush sees a lot of similarities between OceanGate’s customers and Virgin Galactic’s customers, some of whom have been waiting more than a decade to fly in space. It’s not exclusively about reaching the frontier, he said. It’s also about being part of a community that’s in on the journey for every step along the way.

“We’re not just interested in taking eyeballs down to the Titanic,” Rush said. “We’re trying to change the way mankind explores the ocean.” 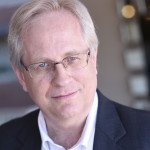 GeekWire aerospace and science editor Alan Boyle is an award-winning science writer and veteran space reporter. Formerly of NBCNews.com, he is the author of "The Case for Pluto: How a Little Planet Made a Big Difference." Follow him via CosmicLog.com, on Twitter @b0yle, and on Facebook and Google+.
9 views