The floating “ghost net” has possibly been trapping and killing sea life in its path for months, as it drifts across the Caribbean Sea.

A diver who captured underwater images of the net said many of the animals were so decomposed it was impossible to tell which species they were.

Dominick Martin-Mayes, a 27-year-old fisherman and diving instructor who made the initial discovery, told The Independent he and some friends found the “solid net of dead, decomposing fish and sharks” on Monday afternoon.

“At first we thought it was a log, but as we got closer we could see it was a net with floats,” he said. “I jumped in the water first and was shocked at what I saw. It took my breath away - the first thing I saw was the juvenile oceanic whitetip [shark]. 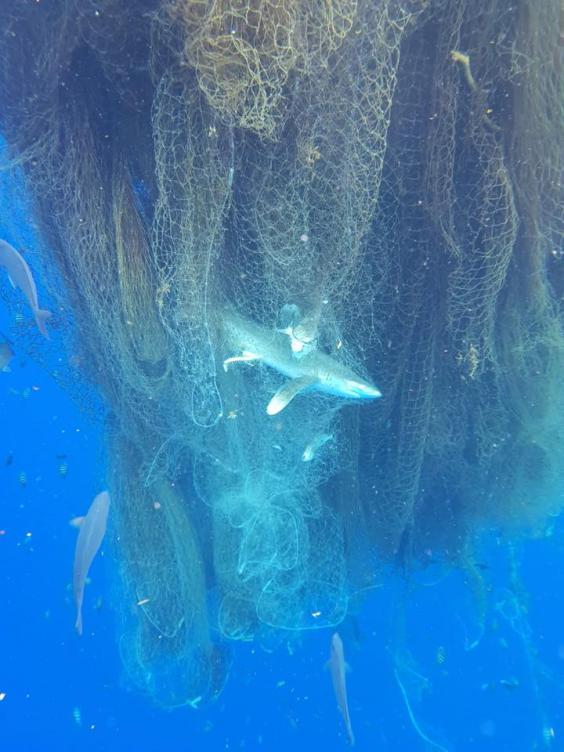 “I got my buddy who was with me to grab a knife and jump in. We did what we could to free some of the trapped life but most of it was already dead.”

The Cayman Islands government subsequently issued an alert on Tuesday to boaters in an effort to relocate the net. Mr Martin-Mayes said it had likely travelled more than a hundred miles from where they first found it - four miles north of Grand Cayman.

This is a modal window.

The video connection was lost, please confirm you are connected to the internet

Tim Austin, deputy director of the Department of Environment, told the Cayman Compass the amount of creatures tangled in it indicated it had been cut adrift for a long time.

“If we can locate it, we can assess whether we can recover it or tow it somewhere to secure it until it can be dealt with safely,” he said. “We don’t want it to end up in the reef and we need to stop its deadly ghost fishing.” 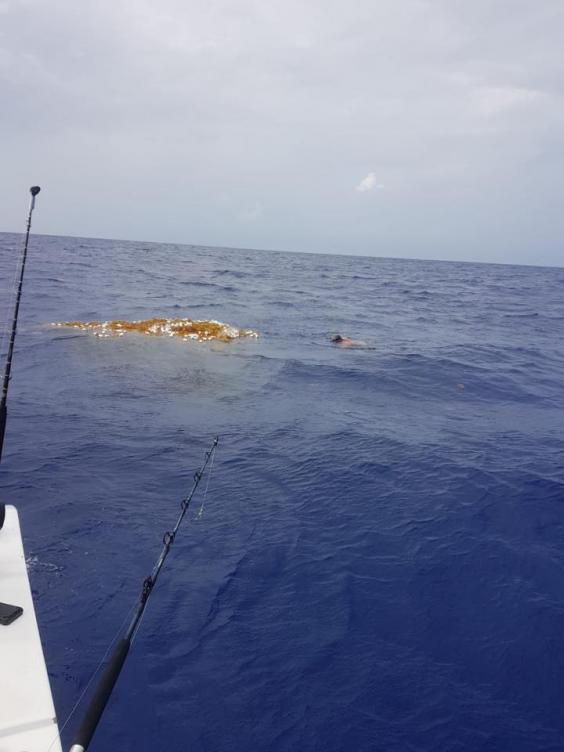 Mr Martin-Mayes, from Lymington, Hampshire, said he and his friends managed to rescue a number of fish and even a shark from the net, which he estimated to be up to 50ft across and 50ft deep.

They found buckets, rope, bottles, a long cable “disappearing into the depths”, and even a tree tangled among the hundreds of carcasses. 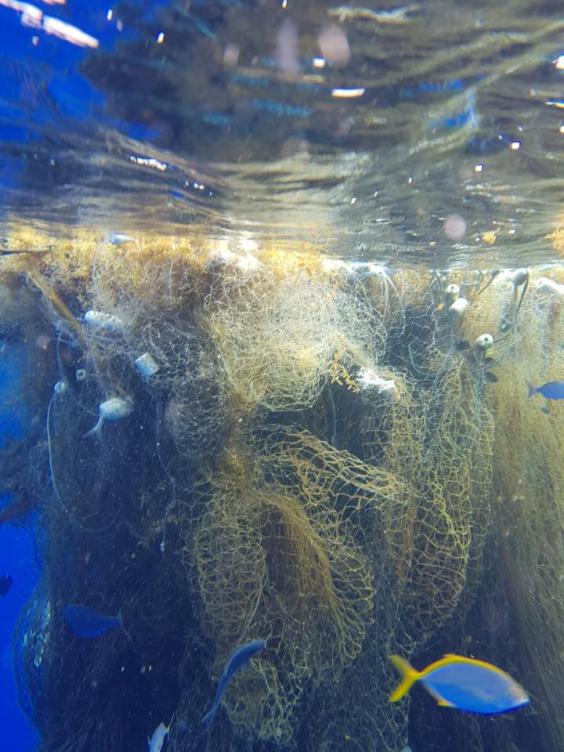 But they were unable to stay in the water for long, due to strong currents, other ocean predators, and the risk they would get in caught in the net.

“The net’s sole purpose in life is to kill - you get your hand wrapped in it and you drown,” he warned.

Plastic waste across the world: in pictures

They tried to tow the net back to shore but it was too heavy.

Of its chances of being found by authorities, Mr Martin-Hayes guessed it was "highly unlikely".

But he said: "Never give up hope, but it's a very small object in a very, very large ocean."